Common information to help you prepare for your home inspection. 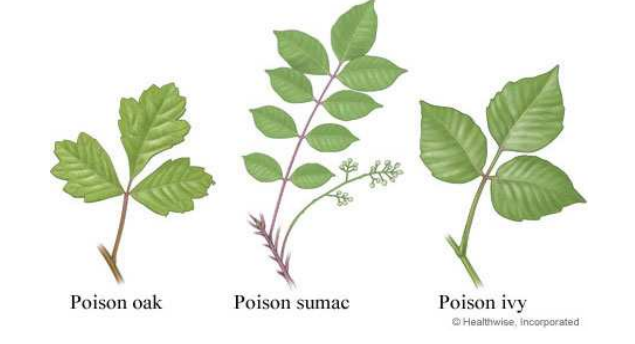 Poison oak has leaves that look like oak leaves, usually with three leaflets but sometimes up to seven  leaflets per leaf group. It grows as a vine or a shrub. Poison oak is more common in the western United States, but it is also found in the eastern United States and, rarely, in the Midwest.

Poison sumac has 7 to 13 leaflets per leaf stem. The leaves have smooth edges and pointed tips. Poison sumac grows as a shrub or small tree. It is found in wooded, swampy areas, such as Florida and parts of other southeastern states, and in wet, wooded areas in the northern United States.

Ready to Schedule Your Inspection?

Our Home Inspection professionals are ready to help you. Choose your inspector on the next page and choose an available time slot from their calendar to schedule your appointment online.